[IN DEV] GPT3 implementation in Fibery?

I know this might not be an immediate feature, but I am curious how people are thinking about the idea of integrating OpenAI’s GPT-3 into the rich text editor? Or maybe automatically generate a field based on the prompt from another field?

I don’t actually think it would be best in Rich Text for Fibery (although for personal reasons, since I use Fibery as a PKM and “Tool for Thought”, I would be happy to have it available there!). Something more like this seems like it would bring the most immediate utility for lowest effort: 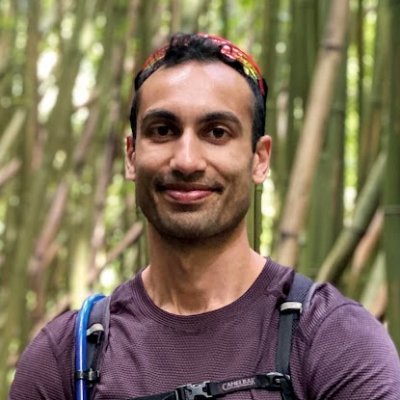 @shubroski
This weekend I built =GPT3(), a way to run GPT-3 prompts in Google Sheets. It's incredible how tasks that are hard or impossible to do w/ regular formulas become trivial. For example: sanitize data, write thank you cards, summarize product reviews, categorize feedback... https://t.co/4fXOTpn2vz

Others are doing similar things: 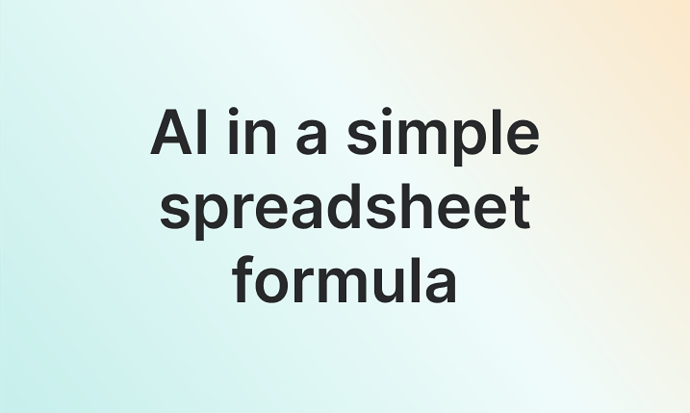 PromptLoop | AI in Google Sheets™ with a single formula

PromptLoop lets you use artificial intelligence like GPT-3 in Google Sheets with a simple formula. Categorize, summarize, and transform any text data in spreadsheets.

So imagine an Advanced Field for GPT3

I picture it having a simple formula-like setup that allows you to reference other fields, so e.g. “What is the address in [input field]?” or whatever, is passed as the prompt, with the value of [input field] for each Entity. Another way to use it, then, would be to reference one field to process, and the other as example output for GPT3 to reference. It should be really simple to use though, not a full-blown formula editor IMO. And it should ultimately be natural language-based, that’s part of the whole appeal of GPT3. A bonus could be to have a GPT3 function added to the overall formula system.

Agree with you on both fronts. I think this could be the future of the productivity market, in general, to leverage the advances in AI to speed up tasks and create new insights. 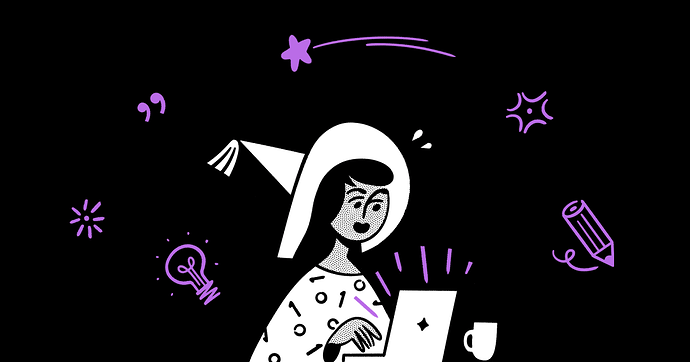 Notion AI launches today in private alpha. Here’s what you can do with it, and where you can sign up to get access.

), yet somehow I wasn’t feeling like Fibery would or even should go down the AI-in-free-text route. But here is Notion showing that there are at least some reasons to do so in the context of their users.

Now there are a couple of things that are top of mind for me with this. The first is that in my view their implementation of this is probably in large part a marketing play. Not to say that AI is not of use in Notion, but I suspect it was prioritized for implementation because A: existing APIs make it pretty easy to do and B: AI is a super hot topic right now and implementing it will get them a lot of press! Just from reading the Twitter comments on their announcement it’s clear that a lot of people have no clue that the Notion AI feature set is almost exactly the same as 10+ other tools, all of which (no surprise) are based on GPT-3. The real magic, of course, is in OpenAI’s large language model and the fact that they make it openly available via a nice API.

The second thought I had is that it’s arguable that Notion’s customer base is much more heavy in individuals and small content creators (YouTubers, bloggers, etc.) than Fibery is. This is not so much because either one is fundamentally more suited for a different customer base, per se, I think it’s more about marketing and reach, and it ties-in to some discussion we had in the “Lack of work management features” topic. Michael himself seems to feel Notion focuses more (or at least is more used for?) a writing-oriented use case:

Functionally speaking Fibery is not far behind Notion for Wiki uses though. It only lacks the breadth of embedding options to really get there, IMO. But… Fibery is not very focused on that use case. Although there is perhaps some room for that to change:

I personally know that individial-focused tool might have a better traction, but I am not sure that Fibery can move into this direction easily. But I don’t have a strong opinion here and intuitively I like the individual focus. So everything can happen

But outside of the free-text cases that Notion outlines (idea generation, summarization, proofreading), the GPT-3 type of AI does not really have as much wow factor. Implementing it in databases as an advanced type of Field would definitely be great, as I mentioned before. But now I’m starting to wonder if Fibery should just implement it in free text in the / menu just to tick the “Has AI!” box, largely for marketing purposes.

If my understanding is correct it’s pretty trivial to implement via the API, it could be a few days of work, and would make a fun announcement from Fibery team. I can just see it in their typical, dry, sarcastic style: “We saw everyone talking about AI so we decided to try it too. Here’s some AI stuff you can do now in Fibery. Give it a try, maybe it won’t disappoint you.”

I can just see it in their typical, dry, sarcastic style: “We saw everyone talking about AI so we decided to try it too. Here’s some AI stuff you can do now in Fibery. Give it a try, maybe it won’t disappoint you.”

Sure, AI is a good marketing these days. To be honest, we didn’t think about it in depth and so far have no good ideas how to improve Fibery with AI. What I saw in Notion does not impress me, but maybe I am wrong, we’ll see. We started to accumulate info, but I doubt we will jump into it in the next 3-6 months. So far our priorities are more basic:

Those are certainly good priorities. Did you look at Promptloop, etc. examples I posted above?

I think the priority makes sense. But I just want to say that personally I find the GPT3 in writing quite helpful. I used a plugin called “Obsidian Text Generator” a lot, when I write in Obsidian. That plugin uses GPT-3 (you need to register and setup account at OpenAI).

A post was merged into an existing topic: Auto-Generate linked diagrams in Whiteboard

Mem.ai has a lot of decent examples of AI use case in free text:

Smart Write Examples To use Smart Write, type a forward slash, followed by any instruction. For example,  /write a funny conclusion. Smart Write will leverage e