Had an interesting thought.

I know, we can technically use Fibery API to push updates from our own database, but it would be awesome to be able to do from Fibery and allow the returned data to be transformed into types, entities, etc.

We use tools like “Retool” to make internal tools that need real-time data syncing/pulling… but honestly, prefer Fibery for this. Just the lack of ability to pull data natively makes it more cumbersome.

Is this something that Fibery or other users would find useful?

Is what you’re after not already possible? I.e. using the Fibery API to make GET (and POST) calls to http services…
https://api.fibery.io/#script

I know, we can technically use Fibery API to push updates from our own database, but it would be awesome to be able to do from Fibery and allow the returned data to be transformed into types, entities, etc.

As you described, using “GET” calls only work when using action buttons. It also does not incorporate seamless record deletion or creation (like, if a record from the external database is deleted, we then have to set up a deletion flow separately to remove it from Fibery… rather than Fibery simply pulling “only” what is available in the external database to begin with).

The idea would be to GET data natively in the form of a Custom Integration (external REST API) and transform the response (JSON) into types and/or entities, automatically, in real-time as changes are made in the databaes or on page Fibery page refresh, etc. (like you can with tools like Retool).

Here is how Retool creates a “table” from an external database.

A quickstart on using Retool tables to interact with your data.

As you can see here in there docs, you can query data and automatically transform the response into “collections” (tables/entities). 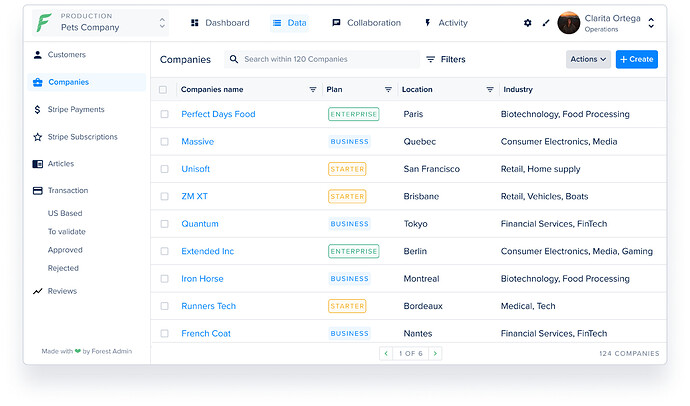 Build one internal tool for all your data | Forest Admin

Easy setup, without any hassle. Save time and money with the internal tool that fits all your needs. 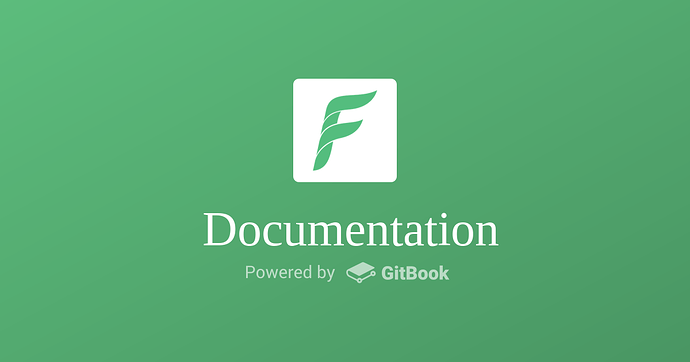 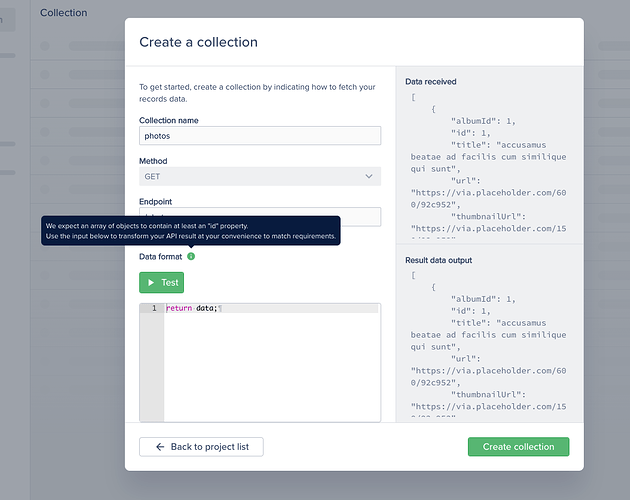 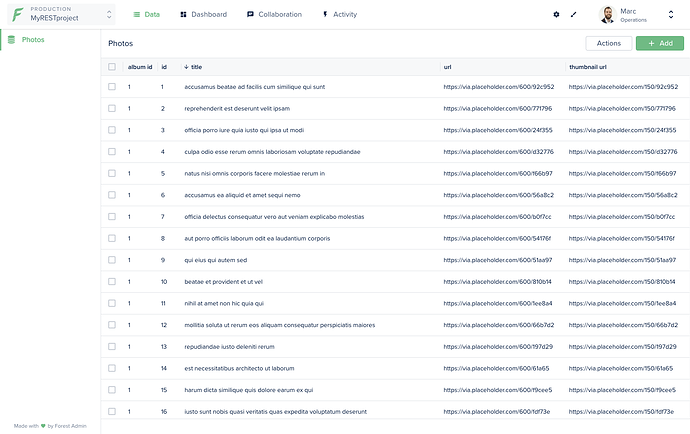 Again, the idea is to use a “REST” integration addon/plugin where data can be pulled in every x or on page table refresh and only show available returned data.

Hope this clarifies what I mean a bit more.

using “GET” calls only work when using action buttons.

To be fair, it can also be used in any automation rules, so that hopefully covers a few more use cases

Automations can be triggered by many things (including once a day if needed, and hopefully more frequently soon).

Otherwise, could your use cases be covered either with Integromat or Zapier?

Might be interesting to look at some concrete examples…

Indeed, while I like the elegance of a persistent, generic data ingest system with options in the setup flow to create new Types, assign fields, etc. (most of this functionality is already in Fibery’s various integration and import functions), I tend to agree that most of the active connection stuff would be handled by Integromat. The initial Type setup, no. But you should be able to just do an Import with a CSV exported from the Database once, setup your types and fields that way, and then use Integromat to just map the SQL connection (MySQL, MS SQL both supported) to the existing fields in Fibery and put it on whatever regular schedule… So basically it sounds like the original idea here would add a bit of convenience, but I’m not sure how much real value. Unless I’m missing something?

I tend to agree that most of the active connection stuff would be handled by Integromat. The initial Type setup, no.

Well…if you were inclined, you could use scripting (triggered by Integromat or whatever) to actually create the Fibery schema to match the data source, but I don’t know how often the work needed to produce the script would be less than the work to just set up the types as and when needed…

Yeah, I find the CSV ingest functionality that already exists to be pretty great actually. It’s hard to imagine setting up a Type to map to external data being any better from some other method, assuming it’s basically a 1-time thing (for each unique data source).

Totally appreciate both of your inputs.

Unless I’m missing something?

Was trying to say this a few times already. I am aware that you can use Fibery API to push/pull data. But it requires what I’d call, workarounds and extra setup and maintenance. Whether you are using Fibery js, Integromat, Zapier, etc – it requires more “workarounds” to push and pull data. My idea came from using Fibery’s awesome API and feeling like this would be a much better and useful feature for database pulling.

GET Database and return as collection… populate as entities. Done.

Another issue is if we add new columns, we then need to incorporate updates into whichever method we are using to import data, instead of simply being able to pull the columns fields and data as entities live from the database as it is shown.

It’s hard to imagine setting up a Type to map to external data being any better from some other method, assuming it’s basically a 1-time thing (for each unique data source).

The idea is not for it to be a 1-time thing. The idea is to pull the data as it is shown in the database. So if columns are added or deleted, it would conform automatically to Fibery “Types”. It’s just like the other tools I mentioned do. Pulls the data as it is and displays it in table form. Then, you can manipulate it as is.

Also, with the current setups… what happens if there was an error with our flow and a record wasn’t deleted properly from Fibery but was deleted in the database (now, it’s still showing in Fibery)? These are little things that become tedious.

I know there are options and workarounds, but I am basing the suggestion (not an official request) on what is available with other apps that work to create internal tools e.g. Retool (raised $75M), ForestAdmin (raised $11M), Internal (raised $5M), Airplane, etc.

I think a native Custom REST Pull would be extremely useful. Then, we can focus on using action buttons to take “action” on the live data.

Mmm, you have some good points, certainly. This is not an area of need for me at the moment, so I can’t fully empathize with your position and goals, but it seems like a reasonable feature request at any rate.

Thanks for the elaboration @Illusory, I can definitely hear the pain points more clearly now.
Just so I understand, it sounds like your need is focussed on ‘pulling’ into Fibery (like a one-way sync/mirror) including Fibery schema updates to reflect source schema changes.
Did you imagine needing to push data (and schema changes) from Fibery as well? Or is it mostly about having ‘external’ data viewable and connectable from within Fibery?

@mdubakov: there are a couple of these dynamic apps you have shared, like the currency converter. I was curious how you go about keeping those up to date, and whether something like that is currently possible for us to share. I suppose I could create an app and generate all the entities in it, but then once someone uses the template it would no longer be kept up to date. It looks like you have some kind of sync functionality applied to that app, which I assume isn’t a capability publicly availa…

Is your need conceptually related to this sort of thing?
As Michael indicated in that discussion, opening up an ‘integration SDK’ is not impossible, but might not be widely used.

BTW, do you have specific external data sources that you consider v important? Perhaps an integration you desperately need is on the horizon…

I will read through that and update you on my thoughts.

I think in general, we were looking for an easy way to integrate an external database via REST or even a 1-to-1 database sync integration feature (for example: PostgresSQL). Similar to tools like https://www.getcensus.com. The idea is to take data from these external databases and sync Fibery so they are aligned perfectly. We can then leverage Fibery relational features, charting features and so on to gain further insights and take action. 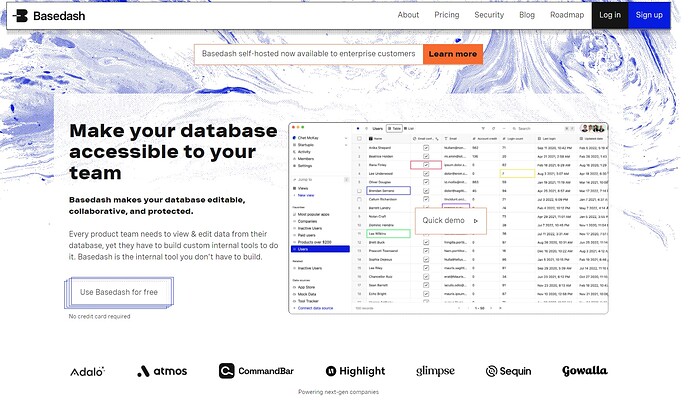 They have “Actions” coming soon as well: Actions | Voters | Basedash

Just another example of how a direct connection to a database could look for Fibery.

We were attempting to use Fibery to track, edit and control our hardware inventory. However, all data in Fibery must be manually entered or sent via API. This means all hardware specs, statuses, etc must be added to our database, then added to Fibery through tedious API mapping. The ability to sync with a Postgres database and directly view and/or edit said database, as well as leverage other Fibery features like Relations or Actions is extremely attractive.

Example, if we have hardware that has been repeatedly flagged with a bug by users (submitted to our database via our web application)… we can have that synced to Fibery via Postgres sync. Then, automatically relate Hardware Bugs type with Hardware Inventory type. Then, trigger actions automatically or manually that directly edit the hardware in our database (like remove the hardware from available rotation and create a work order entity in Project Management type to inspect or fix)

Anyways, hope this is valuable information on how a company like us would like to use Fibery, ideally.

I know you don’t want to deal with integromat, nodered or something like that, but this does seem like something that could be encapsulated through one of those tools into a reusable component that would avoid having to deal with them for each table you want to sync.

You essentially have a component that has the following parameters:

I also think that syncing a database table would be a little easier than a rest API, since a rest API can often return nested json data, and a rest API typically isn’t going to expose a consistent type that can be depended on. One no-code tool I’ve played around with allows you to do something similar with a database and rest interface, but they include the ability to transform the data or write custom queries to make sure you are getting only what you need.

In other words, I think it would be worth thinking of the input options and features that would be required. This would make developing a reuseable component easier and would better define what exactly you are expecting.

I’m a bit amazed by the dialog here in this feature suggestion.
Of course there are ways to use Zapier and Fibery to do something like this. I’m currently doing something similar and: it’s tedious. I use the Fibery API more than the integromat modules because they handle batches better. The Fibery modules could use a v2 to make this kind of work go quicker.
That doesn’t change the fact that this is a feature suggestion/request. The OP has clarified several times that this is an improvement upon the status quo, not a statement that this is impossible.

@Illusory this is a fantastic feature request and I think it could be an incredible value for Fibery customers and a real differentiator. Thanks for thinking of suggestions and use cases that expand our horizons here.

Make sure to vote on it.
@mdubakov provided a potential solution, though we haven’t had time to check.
https://community.fibery.io/t/create-custom-fibery-integrations-apps-fast/2412/2

We are waiting for BaseDash to offer “Actions” which we’re set to receive beta access soon. This may reduce the need for us to use Fibery in the way we were.

Love fibery still! Best tool out there for what it is!