I have a database of Projects

Projects have users assigned to them

Projects are linked to another database called Process

Users are linked to a database called Departments

Within the smartfolder I’m creating a board called Team

The context filter options are VERY STRANGE! I can’t seem to filter by assignees of that project!

I would expect that if you have a smart folder of Projects as you described, any view of Users (board or table or whatever) would default to taking the assignee relation as the context filter.
However, context filters work for to-many relations, so you can’t choose a to-one relation. 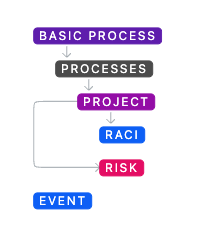 I was hoping that the native Assignees would be sufficient.

Sorry, I hadn’t picked up on the capital A for Assignees, meaning that you were using the native assignment field.
I agree, it should work, but appears not to. Let me dig into it and get back to you.

Any news on this?

It turns out that enabling Assignees as a route for context filtering carries the risk of generating a large number of paths which could be overwhelming, so it was not supported.
However, we’re going to rethink this and you should see an update soon.

Should be working in the next release